As local farmers begin harvesting the corn and soybean fields around our school, I had the opportunity to help my daughter’s first grade class learn how to harvest sunflower seeds.  Last spring, as kindergartners, they planted sunflowers in front of the school.  Little did they know, they were planting a delicious snack they would enjoy in the fall!  Of the three packets of sunflower seeds planted, only two of the large sunflowers sprouted and grew, which is somewhat expected when little hands are planting. 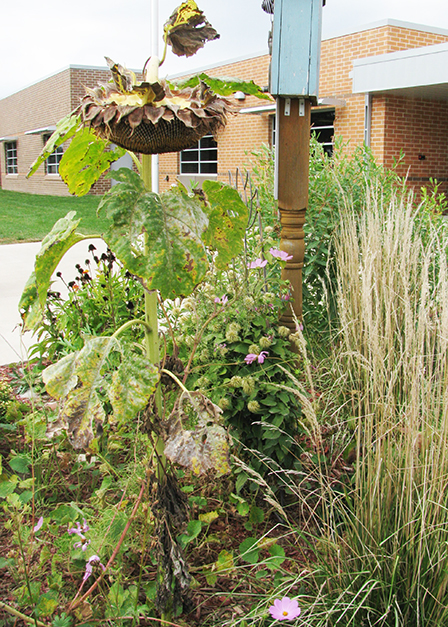 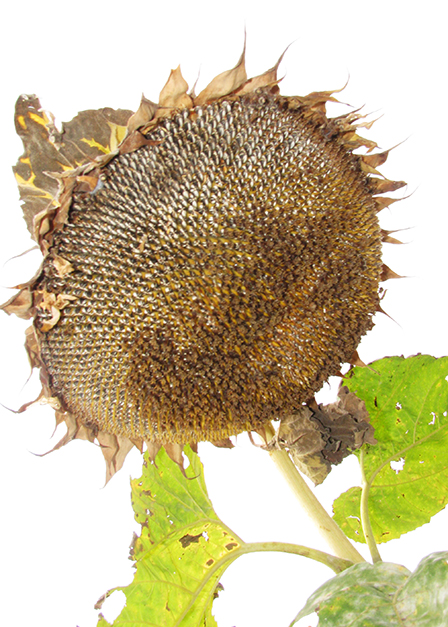 Next, I used pruning shears to cut the stalk of the flower and the students placed the large flower head on a cookie sheet.  The students each took turns rubbing the head of the flower to loosen the embedded seeds. One by one, the seeds started to come out!  The kids loved it! They were all very eager to get involved in the harvesting process.  They scooped up the seeds into a measuring cup. The sunflower head yielded two cups of seeds, sadly, not the estimated one-hundred.

Each student was given a seed to examine. As the sunflower matures, the seeds turn from black to black and white striped. The stripped seeds are ready for harvest. Next, they opened the seeds and saw the kernel inside, which is the part that we eat and they ate. The entire lesson process took about fifteen minutes. 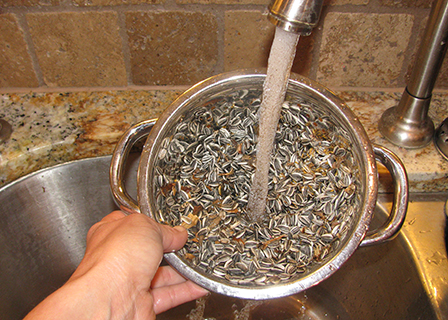 I took the sunflower seeds home with me that afternoon.  I saved one cup of the seeds to put into bird feeders.  The other cup of seeds were washed and I picked out all the sunflower chaff that was mixed in with the seed.  I suggest picking out the chaff before washing the seeds.  It would have been easier to separate if the chaff had been dry.  One can soak the seeds overnight in a salt water bath, but I decided to skip that step for the sake of time. 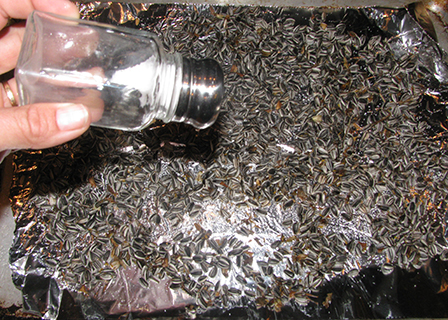 I spread the seeds out on an aluminum foil covered cookie sheet, sprinkled A LOT of salt on the seeds, and baked at three-hundred degrees for two hours. Prior to baking, the seeds were soft, once cooked they were firm and easier to break with your teeth and get to the kernel. 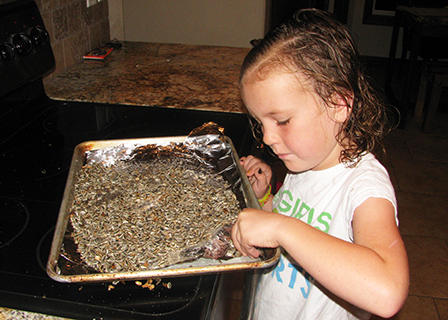 The next morning, my first grader proudly brought the seeds back to school for her classmates to taste.  They had all eaten sunflower seeds before, but only a few of them had actually harvested them on their own.  I am happy I was able to share in their harvest experience and a brief math lesson.  This was a simple activity to show them that their food does indeed grow in the soil and not in the grocery store.  At one point during the harvesting process, one of the teacher aides said “we always plant sunflowers and I never once thought about harvesting the seeds.” Lesson successful!